The Green Wave Crashing Over Oklahoma 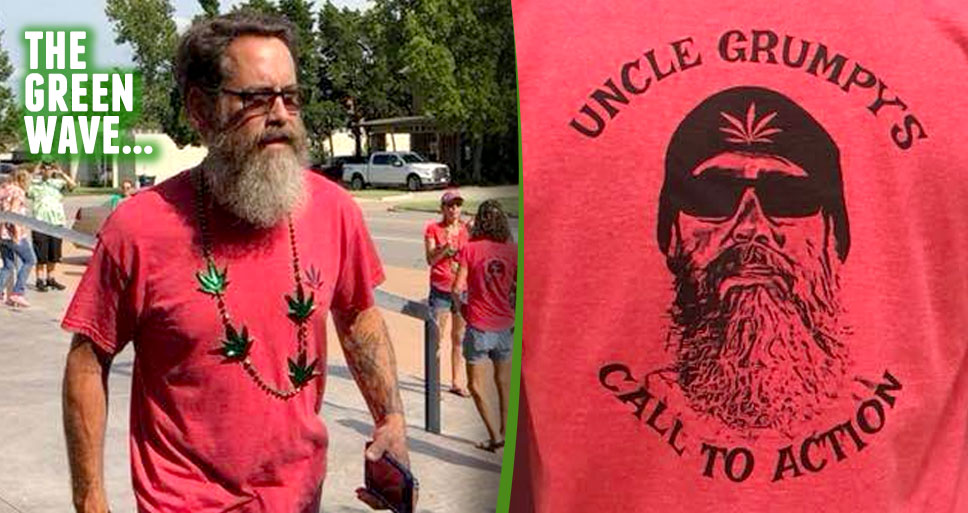 For years the laws have been behind the times in Oklahoma. As other states enacted reasonable cannabis laws, starting all the way back in the late 90’s first medical and then recreational, they also have changed the culture of law enforcement.

Most law enforcement has stopped arresting people for simply having cannabis in the car. They have stopped destroying lives because of a plant they don’t understand. They have stopped separating families for years at a time while sending them into poverty with fines and court costs. Worst of all sticking people with felony records that follow them the rest of their life. Limiting not only their opportunity but that of their kids.

When you travel across the country, entering Oklahoma feels like you’re in an old movie. Passing from west to east Germany. You become very aware that you and everything you have is subject to search and seizure. Based solely on the attitude of a few holdouts from the days of “reefer madness”.

The truth is, in 2016 Oklahoma first passed 780 which lowered the sentence of simple possession to what could be no more than a ticket, and now with the passage of SQ788 it will be fully legal for some, and the rest, could state a medical condition and get a maximum $400 fine.

Yet, when we called around the state to County Sheriffs as well as city police, we found a great number voiced without reservation that they will continue to bring the full weight of the legal system down on anyone they find with cannabis.

Oklahoma has held the top spot in the country for the number of women in prison for years and has now surpassed the country for overall incarceration in general. Yet we have elected officials that talk about building more prisons.

The disconnect between the people of Oklahoma and their own elected officials when it comes to the cannabis plant is wide.

This movement may have to do more than just pass cannabis laws. It may have to change a great number of faces at the state Capitol. It may have to replace every elected official that thinks it’s best to protect us from ourselves.

There is a green wave coming over Oklahoma. It’s going to bring a new group to power and with it we will see criminal justice reform close behind. The good old boy network is being replaced with the cannabis activists and entrepreneurs. The next few months of setting regulations will help determine the final winner.

SEE YOU ON THE ROAD,
Uncle Grumpy