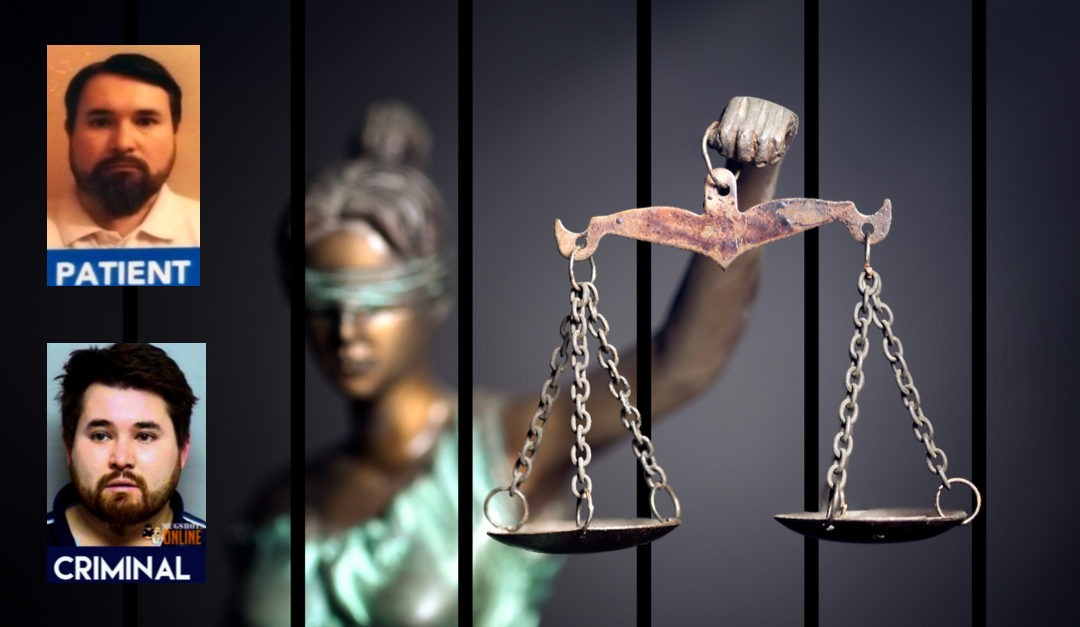 Fear of prosecution was something cannabis users always feared. The effects of prosecution can not only tarnish an otherwise clean record but in a lot of cases, it can completely destroy the lives of those around them. Ten years after being charged Blaine Shaw has changed his status from what the state called a criminal to what the state now respects as a patient. Here’s Shaw’s story.

“March 16,17 2009 I was arrested for felony possession of marijuana with intent to distribute, based on quantity, as well as for misdemeanor paraphernalia possession for a pipe. It was an amount of marijuana that patients are now allowed to possess under State Question 788.”

Current legislation allows for up to three ounces of marijuana on a person. This doesn’t include the eight ounces allowed at a residence, one ounce of concentrate, six mature plants, and six seedlings. The amount Blaine had would seem like a lot if you consider weight but anyone who has dealt with buying “brick weed” knows the price you pay is cheaper if buy in bulk. However, the potency and quality are hardly worth the crime when we compare it to higher quality and higher potency cannabis.

“After an illegal search and seizure, I was kidnapped/arrested and taken down to the police station and locked in a cage (jail cell). I was not provided with a lawyer that night, even though I’d asked for one immediately upon arrest and questioning. I was not even allowed a phone call all night either. My cage had a phone in it too, but it didn’t work at all. It was like some kind of sick joke. After being locked away for a couple of hours, I went to sleep on a raised concrete slab. A few hours later the police woke me and put me in handcuffs with chains, leg shackles and loaded me up in a transport van with other ‘criminals’ and took us from the police station to the main county jail.”

“I look kind of rough in that mugshot. I had been asleep in my cage before being woken up in the middle of the night for transport to the county jail. I was still not allowed a phone call for a few more hours until I was finally booked in. It ended up costing $1000 through a bail bondsman to get bailed out of jail. I was facing a felony and 2 years, to up to life in prison for a non-violent victimless marijuana possession offense. Compared to that, the misdemeanor and maximum of one year in jail I was facing over the pipe didn’t seem to matter much. The lawyer I found cost me $5,000. I ended up avoiding prison. Instead, I went through the Drug Court Program for a few years and eventually got the case dismissed and the charges dropped. The police even tried to seize my vehicle through asset forfeiture. I’d owned the vehicle for 9 years, since junior year and high school.”

Criminal forfeiture is when a property is seized after someone is convicted of a crime. Civil forfeiture, also known as “Policing for Profit,” allows law enforcement to seize property and money prior to citizens being charged or convicted of a crime. His vehicle was in no way associated with the charges. Through the efforts of his attorney, he was able to purchase his vehicle back for $500 six months later.

“Drug Court was very rigorous probation with random urine drug tests 3 to 5 times a week, at a cost of $14 cash each time. I had a 10 pm curfew, a probation officer with a $40 monthly fee, and a requirement to maintain full-time employment or school. I had to attend several AA meetings and drug court group treatment meetings each week, as well as regular court appearances in front of the drug court judge and drug court administrators. I was treated like a common criminal the entire time and it was very stressful. So many different things could have gone wrong and messed up my probation. I had to rely on friends and family to help get me to all the places I needed to be because the police were trying to keep my vehicle and sell it for themselves through civil asset forfeiture/seizure.”

It was really the support of his friends and family that helped him succeed as this situation could have escalated had he not had the people around him. The state didn’t suspend his license but they required a breathalyzer attached to his home phone for the first six months. It tested him three times a day. “I wasn’t even in trouble for alcohol at all. I had simply been honest during drug court’s initial drug and alcohol assessment intake and admitted that I drank alcohol too and preferred it over marijuana at the time. I was charged $5 a day to have the required device.”

The fear of not completing the program kept him going, as failure meant he was looking at facing four years of imprisonment. “Although it had a positive outcome, I look back on the arrest and the entire legal case with bitterness, resentment, and contempt. I was originally facing 2 years to up to life in prison and was treated like a common criminal the entire time.”

Along with charges Shaw faced in 2009 he also was in a car accident that delayed the process. In the program, it is required to maintain a job, do community service or attend school. He was still walking with a cane after his accident but was able to do community service at the Boys and Girls club that wasn’t strenuous. He obtained an associate’s degree in Criminal Justice as his experience led him to pursue further understanding of the law. He transferred to online classes at OU as well while still attending TCC for his foreign language. After finishing probation, he moved to Oklahoma City where he was able to graduate in 2016 with a bachelor’s degree in Sociology and Criminology. Shaw continues to live in Oklahoma City with his wife and his daughter and is now a proud owner of a medical marijuana card.

Teresa Grossnicklaus is a mother, artist, and advocate for medical cannabis. She is using her passion for plant-based extracts to educate others through her company T3 Cannivation.