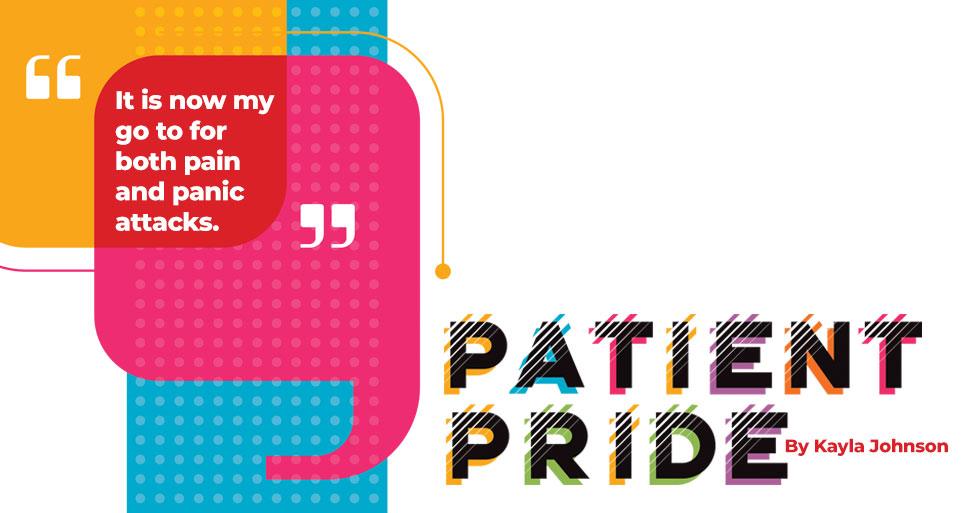 One of the best parts of seeing medical cannabis legalized here in Oklahoma is undeniably being able to see patients find true, life-changing relief, without worrying about the stigma or repercussions from their choice of medicine. Some of these Oklahoma patients are discovering that they were completely wrong about the plant and people who use it, and others are simply able to legally use it to confirm what they’ve felt all along; that cannabis can be life-saving, in more than one way.

Toni Egerer falls into the latter category of patients. A resident of Perry most of her life, Toni was raised by a relatively pro-cannabis family, an especially rare occurrence in a small town. “I was raised to be pro-cannabis. My family never really talked much about cannabis specifically, but we were always taught that God provided everything in this world that we would need for food, medicine, and more.” That mindset was one ingrained in her family by her great-grandmother, a Native American medicine woman. “I was never able to meet her, unfortunately, but I have heard many, many stories about how she would use herbs for any kind of illness. That really stuck with me.”

As she got older, she realized her family shared more than just a pro-natural-remedy thought process. “Degenerative back disorder runs in my family, and it started to become a real problem for me around the age of 27. I’ve been on pain management for years and used all kinds of prescriptions through my doctor to try and relieve the pain. Cannabis takes away that pain, and provides great relief for me, without all of the horrible side effects that come with the pills.” That relief also extends to her mental well-being, where the anxiety disorder she’s struggled with since she was 21 often weighs on her. “At one point, I had been prescribed Xanax for my anxiety, and while it did help, I also had those awful side effects again, and with cannabis, I just don’t have that problem. It is now my go-to for both pain and panic attacks.”

Once the movement for medical legalization really kicked into gear here in the state, Toni says that she was immediately on board, “I believe in the medicinal properties and uses so much that as soon as I heard they were trying to legalize it, I was for it.” Once it became law, she says that almost immediately, it became one of the most tightly-knit communities she’s ever been a part of. “We have really come together as a cannabis community, and as a healing community. I love the support we all give and receive from one another.”

Like many other patients, Toni is growing for herself for the first time as well. “I can legally grow my own medicine. I can control the things that go into my medicine. Knowing that your body is safe from toxins and chemicals is such a powerful feeling, and I’m grateful to be able to access so many groups about growing, just to get advice or encouragement when I need it.”

Toni’s favorite part of having her medical card, however, is a simple one that many may be able to relate to “I seriously have a card that says I can legally possess marijuana. It’s crazy, and amazing, because my only drug charge is for marijuana, in 2010. I love that I can just have it now.” Like many other patients, though, that first purchase was nerve-wracking. “I was so nervous! I just wanted to hurry, make the purchase, and leave, but they made it feel like such an easy process. Now? It’s just something I do, like going to the gas station. It’s no big deal.”

Even for her loved ones, it’s no big deal and even an important piece of their life. “I’m married, and we have two children together. I know that my family can tell when mommy is in pain, and my children probably prefer me to have my medicine, because I’m not so edgy when I’m not hurting.” Gone are the days where pain and anxiety would keep her trapped in bed for the day, unable to participate, and instead, Toni says it’s opened a new chapter for her family. “Now, because of cannabis, I’m not in pain. I can clean the house, move around, play with my kids again. We’ve taken our first family vacations, we’ve spread our wings as a family, and I know all of us are better off.”