Overcoming Trauma with Cannabis: A Bright Green Future for Oklahoma 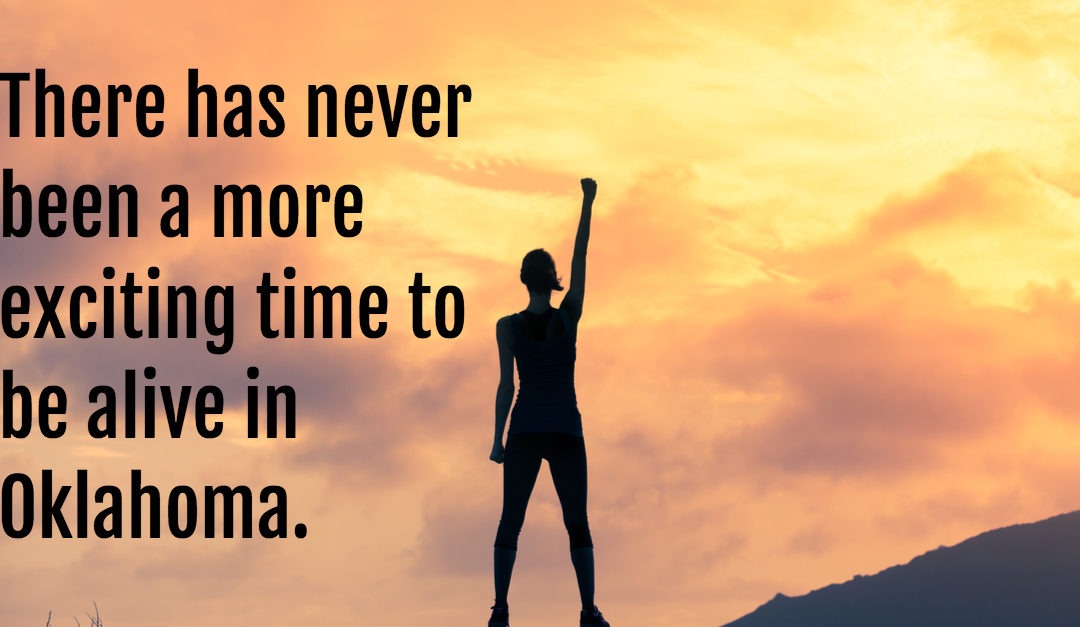 He couldn’t stand loud noises, was easily startled if woken up and could rage at his family for no discernible reason. She couldn’t shake the fear that her attacker would come for her again. Neither found it easy to trust others or ever feel completely safe anywhere.

They both suffered from post-traumatic stress disorder (PTSD). It is estimated that 70 percent of adults in the United States have experienced a traumatic event at least once in their lives and of those, 20 percent go on to develop a post-traumatic stress disorder.
Most people think of veterans who have seen the horrors of combat when they hear the term PTSD. Thirty-one percent of all combat veterans who served in Vietnam suffer from the disorder. Veterans who served in other combat zones such as Afghanistan and Iraq also experienced significant degrees of trauma and have committed suicide at a rate that accounts for 22 deaths daily according to VA statistics.

Trauma can be experienced by anyone who witnessed any form of violence, injury or catastrophe. A traumatic experience is one that is outside the realms of normal human experience. On April 19, 1995, thousands of Oklahomans were traumatized by an experience that no one could have imagined. Finally, trauma experienced by children in their families such as parental addiction, violence, physical and sexual abuse can lead to a lifelong struggle to find and maintain healthy relationships.

The symptoms of PTSD must be present for three months to meet the criteria for the diagnosis. Prior to that three month period, a person can still be traumatized but suffers from Acute Stress Disorder. The symptoms for PTSD include fearful thoughts, flashbacks and nightmares; avoidance of anything similar to the trauma; and, hyperarousal, being easily startled and having difficulty falling and staying asleep. It is not unusual for people suffering from PTSD to abuse alcohol or drugs to numb the emotions. Until recently, physicians focused on reducing the severity of symptoms. Unfortunately, when symptoms are numbed, it may not be possible for a person to process the event and recover.

One of my clients from years ago returned from Vietnam and could never feel safe or comfortable anywhere. He was fearful of trees because of what they meant in the combat situations he was in, was easily startled, prone to episodes of rage, and had intrusive memories of his combat experiences. At the conclusion of his treatment, he could walk in the park, was calmer around those he loved and was able to offer a ride to an Asian person having car trouble.

Another client had survived a mass shooting. He had suffered from years of guilt over surviving and could not face family members of those who died. At the end of treatment, he realized that he had done the best he could and, while still sad, no longer felt guilty.
Other clients have survived childhood abuse, either physical, emotional or sexual and have been able to make new decisions about their experience, where blame belongs and move on to happier lives.

Physicians have thought that if they could reduce the severity of those symptoms that people would be able to overcome the trauma. The notion is well-intentioned but just doesn’t work out very well. You see, if all a physician does is numb the symptoms, the patient can still be stuck in the trauma. They may feel more relaxed but given the right set of triggers, they find themselves awash in old familiar pain and emotional turmoil. Typically people who are numb cannot process the trauma and overcome it.
The use of addictive opiate pain medications and anti-anxiety medications can create a whole new set of problems. The rates of addiction and overdose have skyrocketed and have gained national attention. So, people taking opiate-based pain medication or anti-anxiety medications are left feeling like criminals because of the ostracism from using a drug that was legally prescribed. It is ironic that those using legal medications face scrutiny that was reserved for those seeking non-conventional medication like cannabis.
The effectiveness of psychotherapy for PTSD is well documented. Treatment consists of three stages. Those stages of therapy include ensuring safety, reviewing the impact of the trauma on the patient’s life, and consolidating the positive changes that have been made.

Common therapeutic approaches include cognitive behavioral therapy, grief work, mindfulness and creating new pathways in the brain to facilitate recovery. One of the therapies I use is called EMDR (eye movement, desensitization, and reprocessing). It is a very powerful therapeutic tool that works to allow a person to heal from the wounds of their trauma, make new decisions about themselves in relation to the trauma and begin creating a healthier and happier life. Recent work in the field of neuroplasticity has confirmed that the brain can heal, create new pathways, and overcome injury. Trauma is an injury to the psyche and soul.

Since the passage of SQ 788 and the legalization of medical cannabis in Oklahoma, our patients have an unprecedented opportunity to finally put their PTSD behind them. The effectiveness of cannabis in treating PTSD and the depression and anxiety that tag along with it is well known. The exciting thing about using cannabis as a treatment for PTSD is that it does not interfere with the patient’s ability to process their trauma. A recent study in Molecular Psychiatry found that patients were not as prone to being triggered, could relax, and were more open to learning different ways of coping with their trauma. Cannabis clinics in Canada have found that when cannabis is used in conjunction with other therapies, that the probability of a successful recovery from PTSD increased exponentially. The reduction of those symptoms literally increases the effectiveness of psychotherapy.

The Future is Green and Bright

There has never been a more exciting time to be alive in Oklahoma. Having cast off the “reefer madness” mindset that ruled our state, we can begin by giving our patients more options and greater outcomes than ever. That future in treating PTSD with cannabis begins when our patients get their cards and seek out professional help.

Today, the stigma associated with seeking help for depression and PTSD is greatly reduced. When referring a friend or family member or yourself for treatment of PTSD, do some research on those providing treatment. Don’t be afraid to ask if they have had experience in treating PTSD. If you or your loved one is interested in trying EMDR, explore your area for therapists who practice it.

The legalization of a God-given plant and medication, the use of that plant in treating people suffering from PTSD, and the ongoing research into cannabis and psychotherapy ensure that we all face a greener and brighter future.

Ron Marlett is a clinical social worker specializing in the treatment of depression, anxiety, and post-traumatic stress disorder. His office is located in NW Oklahoma City and can be reached via phone at 405-842-4911