AN OPEN LETTER TO JEFF SESSIONS: From a Doctor Whose Patients Rely on Medical Cannabis 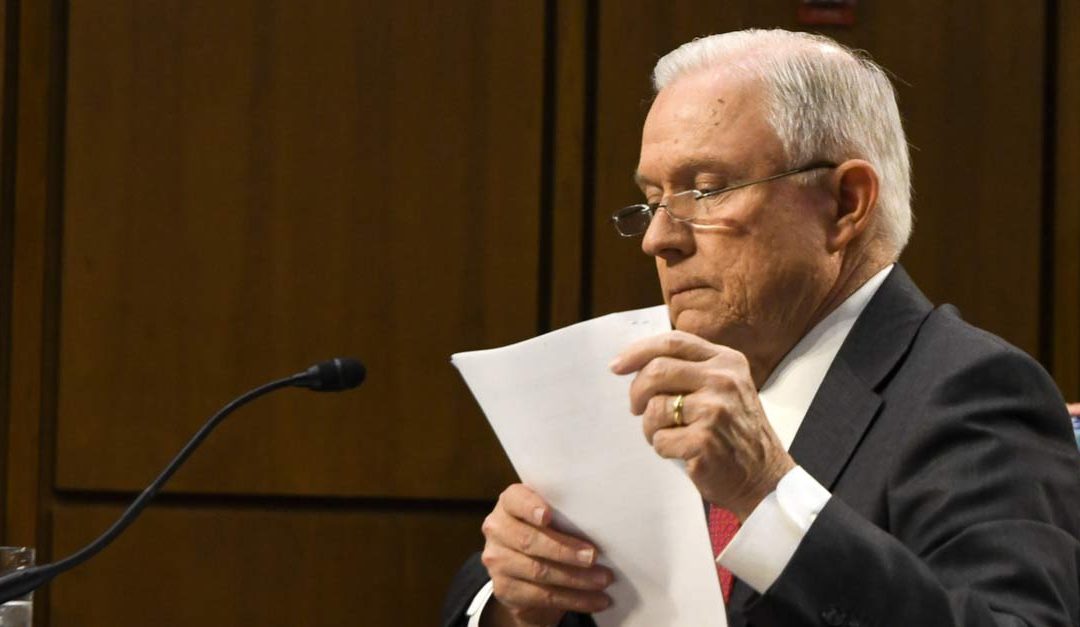 Let me start by introducing myself. I am Dr. David Bearman, I am considered to be one of the most clinically knowledgeable physicians in the eld of medical cannabis in the United States. I have spent 40 years working in substance and drug abuse treatment and prevention programs. I was a pioneer in the free and community clinics that are now available to Americans everywhere. I was even a member of then-California Governor Ronald Reagan’s Interagency Task Force on Drug Abuse. I urge you, to take medical cannabis seriously and not only allow state programs to continue to flourish but urge the president, the DEA, Congress and FDA to work on seriously reconsidering America’s current drug laws and policies.
This, unlike almost everything else, is not a partisan issue. There are many Republicans, like Dana Rohrabacher (California), who believe that Mr. Trump understands the medicinal use of cannabis. Dr. Ron Paul (Texas) has supported the state rights’ view that regulating medicine is a power of the state. His son, Mr. Rand Paul (Kentucky), also a physician, also recognizes that the 1925 SCOTUS decision Linder v the United States and the 9th and 10th Amendments to the Constitution that give states, not the federal government, the right to regulate the practice of medicine.
I am guessing you may be unaware that over 150 medical organizations including the American Medical Association (AMA), American Nurses Association (ANA), (American Public Health Association (AAPHA) and American College of Physicians, endorse the medical use of cannabis.
Mr. Sessions, you are a lucky man if none of your family and friends su er from multiple sclerosis, Parkinson’s Disease, Alzheimer’s Disease, ulcerative colitis, Crohn’s Disease, seizures, migraine headaches, ADD/ ADHD, PTSD, autism spectrum disorder or cancer. These are all medical conditions that thousands of years of history, tens of thousands of research studies and modern experience with millions of patients are proven to be relieved with botanical cannabis.
The federal government approved a phase III clinical trial with tincture of canna- bis (Nabixamol and Epidiolex). Nabixamol is legal to prescribe in 24 countries. If you have taken the time to read the literature then you must know that cannabis is safe. In 1937 the AMA, testifying AGAINST the Marijuana Tax Act, told the House Ways and Means Committee that the AMA knew of no dangers from the medicinal use of canna- bis. In 1988 after a two year rescheduling hearing, the DEA’s Chief Administrative Law Judge, the late Francis Young, recommended rescheduling cannabis. In his Finding of Fact, he found that cannabis was “one of the safest therapeutic agents known to man.”
One of the most exciting potential therapeutic bene ts is the well documented (in basic science studies) anti-cancer potential of cannabinoids. Dr. Donald Abrams, oncologist and professor at UCSF School of Medicine, has said there is more than enough basic scientific evidence and anecdotal reports to justify doing human clinical trials to determine if cannabis can actually cure cancer. Currently, human trials are ongoing in the United Kingdom and Israel on the use of cannabis to cure glioblastoma multiforme. This is based on research done in Spain by Manuel Guzman and in Italy by Vincenzo Di Marzo, PhD and Israel by Raphael Mechoulam, Ph.D.
I have no doubt you have good intentions, Mr. Sessions, however a more aggressive stance by the federal government in utilizing the 1942 Supreme Court decision Wickert v. Filburn to stretch the commerce clause of the Constitution beyond all recognition will not only threaten states rights, but quite likely will interfere with treatment of many who have been receiving palliation, therapeutic and possibly life extending benefit from the medicinal use of cannabis.
Mr. Sessions, you owe it to the ill people of the United States who bene t from cannabis to educate yourself on the long history and substantial research on the medicinal value of cannabis. You can do it in private by viewing any of the following videos: “Medicinal Cannabis and It’s Impact on Human Health,” “What If Cannabis Cured Cancer” and the CNN Sanjay Gupta, MD documentary. If after learning more you would like to educate the staff of the AG’s office in DC regarding cannabis, cannabinoids and the endocannabinoid system, I would be happy to arrange such a presentation, through physician members of the American Academy of Cannabinoid Medicine.
This medicinal use of cannabis is serious science and medicine. I am con dent that an open-minded review of the science will in- form you that the government needs to do more to promote scientic research in the medicinal use of cannabis and to do less to interfere with the treatment of the ill.